PacketTotal.com is almost one year old, and has come a long way since the initial release of the tool. The theme for 2017 was around usability and functionality. We wanted to make the process of analyzing packet captures easy, and provide a simple platform for sharing these captures with others. With the release of PacketTotal 2.0 these objectives have mostly been completed!

Going into 2018 we are shifting our focus towards making the tool more community oriented and more accessible to developers.

The main focuses this year: 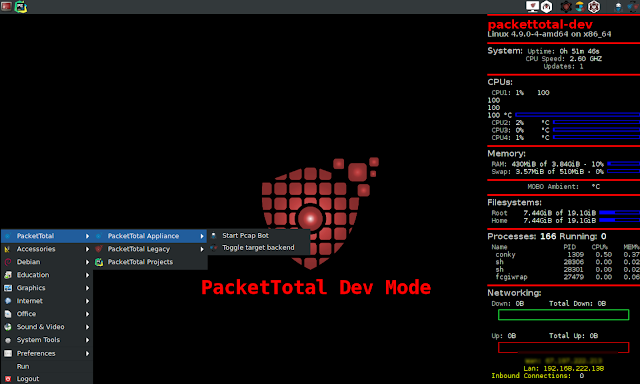 Thank you to all those who have had a chance to use the tool or suggested additional features!

Posted by JaminB at 9:47 PM No comments: